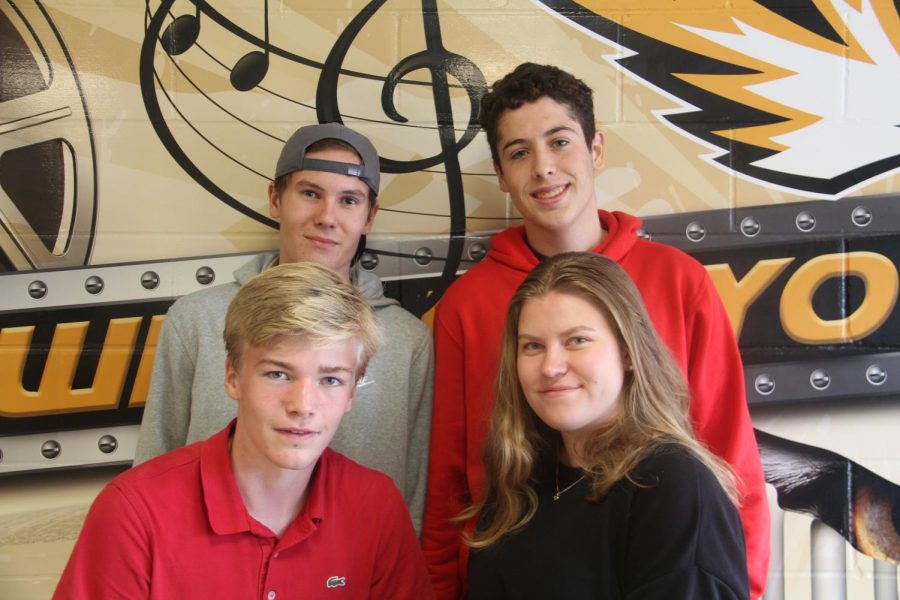 Oakville High School has many new students this year. However, at least four had to travel a little farther than others.

Sofia Ozolins (11), Rafael Portela-Lorenzo (11), Aleksi Isopahkala (12), and Christoph Koch (12) are a part of the foreign exchange program. This is the first time in 10 years that OHS has had this many exchange students here at one time, which is what makes the experience that much more exciting.

Ozolins is a junior from Gothenburg, Sweden. Since moving to St. Louis, she has discovered a love for Imo’s pizza and all the people she has met. She is having a bit of hard time loving the weather change, though. “It is so much hotter here,” she said.

Ozolins chose to be a part of the exchange program because she wanted to experience something new. “I just wanted to get away from my everyday life,” she explained.

Portela-Lorenzo is a junior from Vigo, Spain. He enjoys playing water polo, and is considering trying out for the OHS team this spring. So far, he has enjoyed his time at Oakville. “The classes are easier than I expected and the people are friendly,” he said.

Portela-Lorenzo never imagined himself doing the exchange program, but his parents did, “They convinced me to do it.” Even though transferring to Oakville isn’t what he would have necessarily chose for himself, he is very glad he did it.

Isopahkala is a senior from Lappeenranta, Finland. Since sixth grade, Isopahkala knew that he wanted to explore places outside of his hometown. Little did he know that he’d end up in St. Louis, a city much bigger than he’s used to. “Everyone is so nice,” said Isopahkala. “It’s been great.”

The favorite thing he has been able to do so far was see the Cardinals play at Busch Stadium. It didn’t take Isopahkala long to become a true St. Louisan, and baseball isn’t the only sport he enjoys. For years, Isopahkala has played ice hockey, and he is continuing his career as he goes into his first season with the Tigers.

Koch is a senior from Harrislee, Germany. Since transferring to Oakville he has joined the OHS Cross Country Team, and has made many friends. However, he misses his friends and family back home, especially his dog. “I can FaceTime my family, but I can’t really FaceTime my dog,” he said.

Koch was inspired to do the exchange program because he wanted to get away from what he knew. He said, “I wanted to view beyond the horizon.”