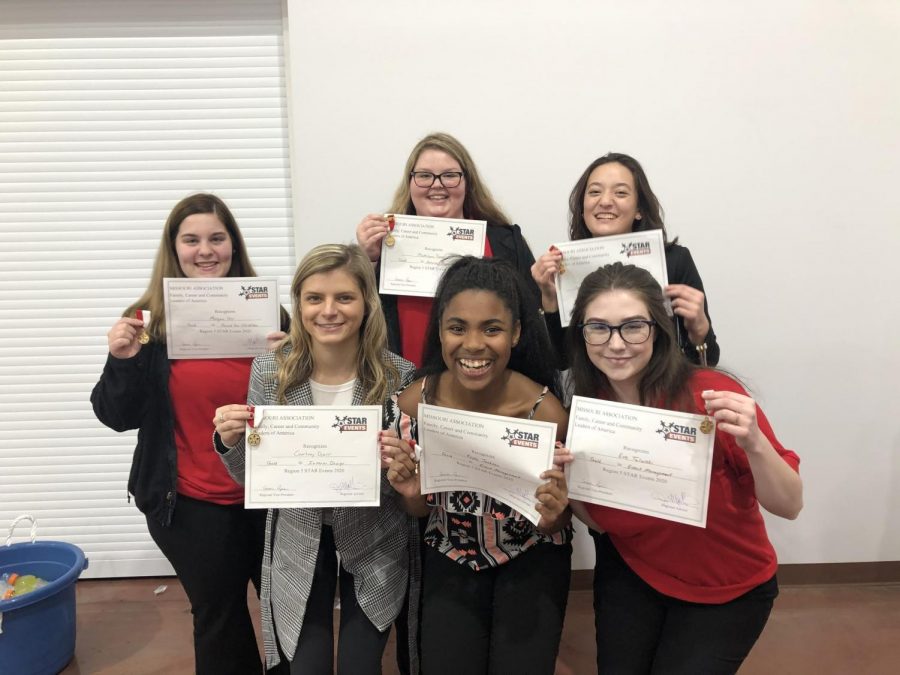 On Jan. 15, FCCLA competed in a Star Competition in Belgrade, MO, and made OHS history. Six girls competed, placed gold, qualified for state.

Although anxious, FCCLA members are excited with the numbers.

“This is the most people we’ve ever had to go to state,” Jackson said. There are six contestants from OHS going, and Jackson believes that state is going to be “adventure that our sponsors aren’t ready for.”

This is Jackson’s second time going to state, but for others, this will be their first.

“Kayla has helped me a lot to prepare for state,” Talarski said. “She told me how it works and gave me tips for our presentation and we just worked well while completing the project.”

“The students have gotten a chance to see first hand what competitions look like at the various levels” Kristen Giordano, FCCLA sponsor, said, “and have been able to plan bigger and better projects.”

FCCLA state will take place March 15-17 at the Tan-Tar-A resort in Osage Beach, MO. “There,” Giordano explained, “[the girls] present their events to a panel of judges, and if they are lucky, they can win Top Gold at state and continue on to nationals in Washington, D.C.”

There are more contestants from OHS going to state than ever before, and sponsors Giordano and Jamie Daughday are prouder than ever.

“Our students are so motivated to take their projects to the next level and show off what Oakville High School is made of.”